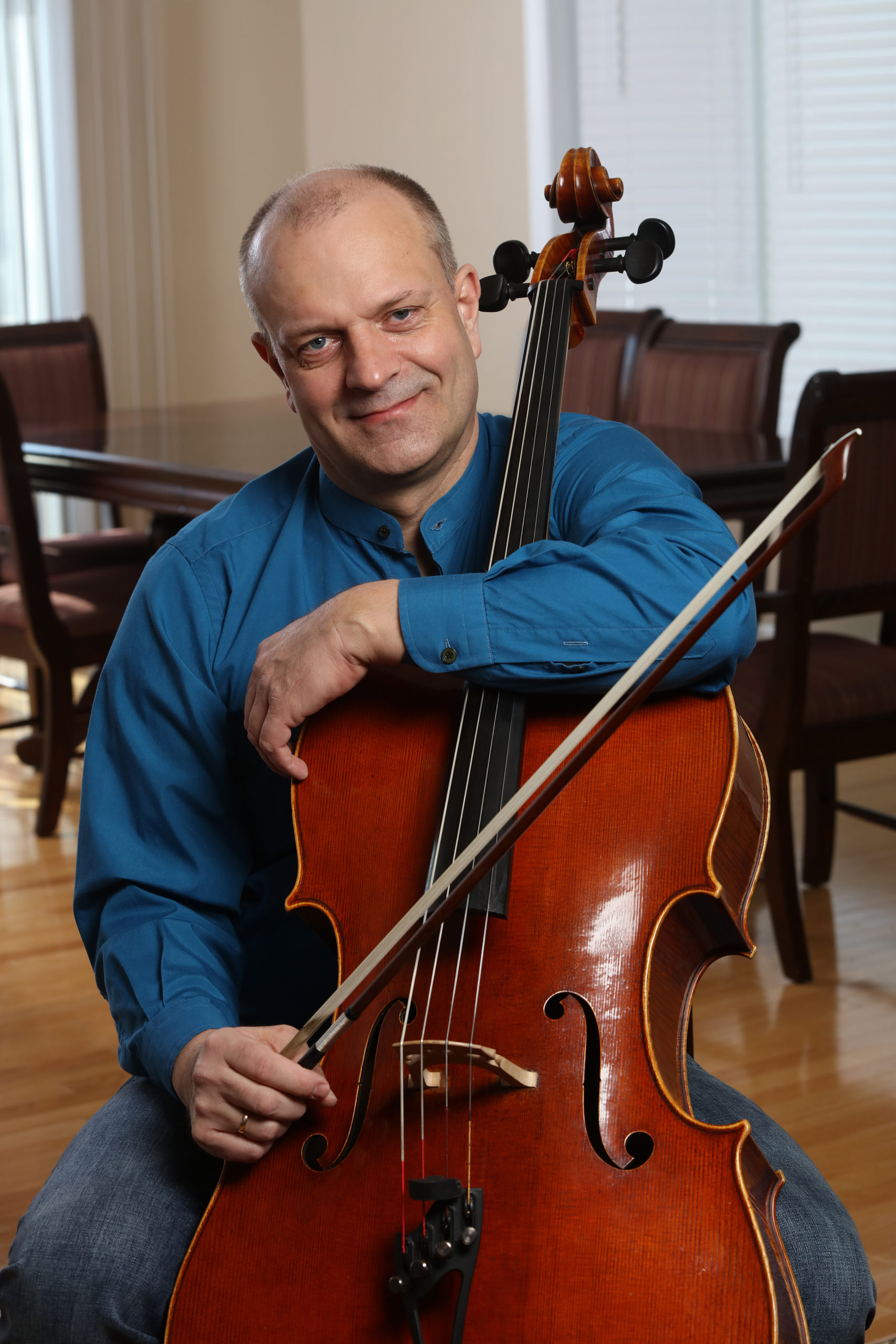 The Frankfurter Rundschau has described Wolf Tormann as a “cellist of spontaneous elegance with a sound both honeyed and noble, displaying virtuosity and musicality in massive doses.” Born in Germany, Wolf Tormann studied at the Musikhochschule in Frankfurt, with Arto Noras at the Sibelius Academy in Finland and Janos Starker at Indiana University. Before moving to Canada, he played with the Frankfurt Radio Symphony Orchestra, Opera Halle and the Metropolitan orchestra in Lisbon. He has performed solo recitals in Germany, Switzerland, Finland, Portugal, the United States and Canada, and has recorded for Radio Difusao Portugesa, as well as the CBC.

Wolf was a Professor of Cello at the National Academy for Orchestral Education in Lisbon, Portugal and founded the Tagide String Quartet.

Wolf has been the Principal Cellist of the Kingston Symphony Orchestra for the past 26 years. He also played in the National Arts Centre Orchestra in Ottawa for several years. He is an Instructor for Cello at Queen’s University’s DAN School of Drama and Music, and conducts the Queen’s orchestra.

Wolf teaches both Queen’s students and community members, and is a founding member of the Isabel Quartet, the resident string quartet of the Isabel Bader Centre for the Performing Arts. He plays a custom-made cello comissioned from luthier Guy Harrison, which is made from 100-year old German maple and Canadian spruce.

Wolf has played in the cello section of the National Arts Centre Orchestra in Ottawa and is the principal cellist of the Kingston Symphony Orchestra. He is also the cellist for the Isabel Quartet, the resident quartet of the Isabel Bader Centre for the Performing Arts. The Isabel Quartet performs 3 concerts per year, often with visiting artists, and also presents workshops and master classes for string students and ensembles.

“A musician of high artistry”

Listen to Wolf and the Kingston Symphony play Kol Nidrei by Max Bruch:

Wolf teaches cello and chamber music at the Dan School of Drama and Music, and also has a private teaching studio, with students ranging in age from 4 to 75. Several of his students have gone on to win prizes and enjoy a career in music. He is also in demand as an adjudicator for national camps and festivals.

“As a teacher, Wolf combines the highest levels of cello practice/knowledge and exacting standards with considerable patience, accompanied by the understanding, warmth, humour and support that every student needs.”

Along with being a professional cellist and teacher, Wolf is the conductor of the Queen’s cello orchestra, the Queen’s University Orchestra and several chamber ensembles.

“Cello orchestra is enriching, challenging and fun. Wolf is committed to bringing out the best in all of us, and as a mature player, it’s amazing to learn beside talented student musicians.”